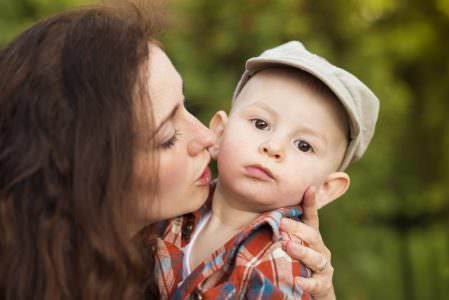 Based on a True Story

Winona’s grandson was the light of her life…

Two-and-a-half-year-old Jordan was cute, energetic, and radiated unconditional love.  “I could be having the worst day and all he’d have to do is smile at me. Everything would be all right”.  Winona loved babysitting Jordan while his parents were at work.

One of the reasons Winona enjoyed looking after her grandson was because she had little else in her life that gave her happiness.  Her husband had died ten years earlier. She lived in a cramped apartment, scraping by on a disability pension.  At just 60 years old, Winona already had a hip replacement and a knee replacement and suffered from arthritis, high blood pressure, and sleep apnea.

Aside from her grandson, Winona did have one other great joy in her life.  Eating.  Winona wasn’t able to stand long enough to prepare her own meals, so everything she ate was either snacks or fast food.   Tacos.  Burgers.  Sodas.  Chips and dips.  Microwave pizzas.  She ate all day long and again late at night.  Jordan was the source of love in Winona’s life.  Food was her source of comfort.

Winona’s eating habits caused her weight to balloon to 335 pounds, which in turn aggravated her health problems.  It took a good deal of effort for her to just get off her couch.  Her first few steps after sitting would be slow and painful.  She used forearm crutches to move from room to room and a walker with a seat to navigate any distance greater than that.   Her back would hurt so badly, she couldn’t go more than thirty yards without having to stop and rest in the walker’s seat.

Winona took her limited mobility into account when babysitting Jordan.  She stayed with him in her bedroom where she had toys, coloring books, and videos to keep him entertained.   But on a beautiful, sunny day in October of 2007, Winona felt Jordan had been cooped up long enough.  She decided to take him outside and let him play in the clear autumn air…

Winona set a lawn chair on the communal walkway that wound past her door.   She told Jordan he could play on the lawn around her, but he was not to go past the sidewalk.  Beyond that walkway, the landscaping sloped downhill to a large, marshy pond.

Winona settled into the lawn chair to watch Jordan play.  She turned at the sound of a passing car, wondering who might be driving by her building.  In the few seconds that she was looking away, Winona heard a splash…

Winona instantly feared what that splash might be.  Some ducks had caught Jordan’s eye and he chased after them, running right into the pond.

Winona turned back to see her grandson under the water.  Jordan managed to push himself up, but he kept slipping on the wet rocks, falling back into the pond, and screaming “Grandma!”   “Grandma!” between every panicked attempt to get out.

It was three in the afternoon.  There was no one else around.  Winona struggled to get to her feet and hurry to Jordan but realized in a gut-wrenching instant – with her physical disabilities, trying to walk thirty yards downhill, onto slippery rocks and into the water – she would not be able to reach him in time.

For over 30 years, Winona had been willing to let her own life waste away. Now it was her grandson’s life that was in jeopardy.  He was crying desperately for her. And she knew she would not be able to save him…

Winona had battled weight problems for over 35 years.  She tried various weight-loss programs but never stuck with any of them very long.  Winona was well aware of the Intermittent Nutritional Fasting™.  Her younger sister tried repeatedly to get Winona to try this revolutionary new protocol R2M and maybe most of her ailments might improve or go away if she got her weight under control.  Her hip and knee replacements would last longer.  Her left knee had already been replaced three times because of the strain it was under.  If Winona did not get her weight under control, there was an increased chance she would die well before her time.

Even with the promise of improved health and the threat of early death, Winona was not willing to change her ways.  Junk food and fast food gave her too much pleasure.  She was willing to let her health continue to deteriorate rather than give them up.

Her two-and-a-half-year-old grandson Jordan was flailing helplessly, in danger or drowning in the pond at Winona’s apartment complex.  Winona was laboring to get to him, but her disabilities made it unlikely she could reach him in time or save him once she did get there.

Fortunately, a young man happened to come around the corner near Winona’s building.  He saw what was happening, raced into the pond, and pulled Jordan to safety.  Winona was in such an emotional state she didn’t think to ask the stranger his name.  She just kept repeating “thank you, thank you” as he handed Jordan – soaked and sobbing – over to his grandma.

Jordan was shivering from both fear and cold. Winona took him back inside the apartment, assuring him everything was okay now, hugging him close – “he felt so good in my arms” – saying over and over again “I’m sorry.  I’m sorry”.  Winona warmed Jordan up with a hot bath.  After a while, he calmed down and like all resilient young children put the incident behind him.

But Winona didn’t.  She kept berating herself: “I should have been more careful.  This was all my fault.”  She couldn’t stop wondering what would’ve happened if that young man hadn’t shown up to help.  She couldn’t escape the dreadful truth that if it had been left solely up to her to rescue the grandson, she adored the outcome might have been tragically different.  “I don’t think I could have done it.”

Winona was so ashamed she didn’t mention the incident to her sister until five months later.  When she finally did tell her story, she broke down crying.  “This boy has brought so much love into my life, and when he needed me, I couldn’t help him.”

Her sister asked her, “Are you ready to do something about your health now? “

Hopefully, you do not have such a horrific event to motivate you to do something different. What could be so different for you if you could safely and quickly lose that weight?

There are now two new scientific peer-reviewed studies of a brand new protocol that may change the world or at least your world.