Why Drinking Water is so Important to our Health. 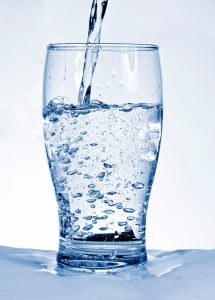 Here is the most definitive research on why drinking water is so important to us.

Why drinking enough water is so important to our overall health?

Excerpt from the Book “YOU ARE NOT SICK YOU ARE THIRSTY”

Dr. Batmanghelidj, (Dr. B.), a medical doctor trained at London University, began his research into the healing powers of water while being held as a political prisoner in prison in Iran. In 1979 about one thousand professional people were rounded up and put in prison. They were held many to one room under threat of death. A very stressful

situation for the inmates who were under threat of death as well as being crowded. Dr. B. Heard moans coming from a cell and found an inmate only semi-conscious doubled up in pain and curled into a fetal position on the floor. Dr. B. checked the man thinking that he may have a ruptured ulcer but realized that it had not yet perforated. He asked the man what he had taken so far for pain. The man groaned that he had taken twenty antacid pills and three cimetidine pills to no avail. With no drugs at his disposal other than water, Dr. B. gave the man three glasses of water over a period of half an hour and the man’s pain disappeared. That water could heal disease was a powerful “ah hah” to Dr. B. He realized that this “ah aha” was 180 degrees from what he had been taught in medical school.

As a result of that experience and while still in prison Dr. B. began researching the healing effects of water. Dr. B. realized that his medical training had focused on wrong ideas that said disease states begin in the solid matter of the body. He learned that water does a lot more in the body than was recognized and that the cause of disease is dehydration.

He recognized that the scientific foundation on which western medicine has been structured had been based on false assumptions. While still in prison Dr. B. began doing research into water. Over a span of close to three years he was able to heal nearly 3,000 other inmates using only water.

After his release from prison and upon arrival in America Dr. B. joined an organization called The Simple in Medicine where he continued his research into the ways in which water interacts in the body. His first efforts to present his research papers to the medical community were put off, edited, or ignored completely by both the medical community and the American government FDA (Food & Drug Administration). Such important information was a threat to the allopathic medical system largely run by pharmaceutical companies.

Dr. B’s research indicates otherwise: The body can suffer from deep dehydration without manifesting a dry mouth symptom. Symptoms of drought can begin in the cells without affecting blood vessels. Dehydration in cell interiors produces life-threatening illness without dry mouth symptoms. We sometimes think we are hungry when our

bodies are actually crying out for water. Waiting to get thirsty is to die prematurely and painfully. Pain is a cry for water.

Water relieves the pain if enough is taken to reverse the

drought actions initiated by the body. A distinct marker of dehydration is the color of urine. A very light to colorless urine indicates the body is blessed with enough water.

When naturally yellow (not as a result of pigments in supplements, etc.) it means the body is gradually getting short of water. When consistently orange colored it indicates serious health problems from dehydration.

2 “Water is a simple inert substance that only dissolves, circulates different things, and ultimately fills up the empty spaces. It has no chemical role of its own in the physiological functions of the body. All chemical actions in the body are performed by the solid matter that dissolved in water.”

Dr. B’s research indicates otherwise: Water is the single most complex element in nature. Water’s most important function is its energy-generating actions. It manufactures hydroelectricity at the cell membranes and perhaps its most vital function is water’s adhesive properties which bond the solid structure of the cell membranes and protects life inside cells of the body. Modern medicine recognizes only the life-sustaining properties of water. That is why doctors never understood chronic unintentional dehydration as an ultimately deadly process. With the decreased intake of water, we gradually limit life processes in the body until a pattern of decay is established.

3. “The human body can regulate its water intake efficiently throughout a person’s life.”

Dr. B’s research indicates otherwise: As we grow older, we lose our perception of thirst and fail to drink adequately until the plum-like cells in vital organs become prune like no longer able to sustain life. The body is forced to rely on drought management programs in order to continue to live. Dr. B. describes in simple detail the body’s attempts to survive drought when not enough water is available. These drought management processes are the body’s bid to survive.

4 “Any fluid can meet the body’s need: All manufactured beverages and fluids will serve the body in exactly the same way as water”.

Dr. B’s research indicates otherwise: You cannot substitute any other beverage, coffee, juice, milk, or soft drink for water.  Some of the manufactured beverages in common usage today do not function in the body like normal water. When we drink beverages with caffeine in them, we actually need to drink one and a half times as much water to aid our bodies to rid themselves of caffeine poison.