To Juice or Not to Juice 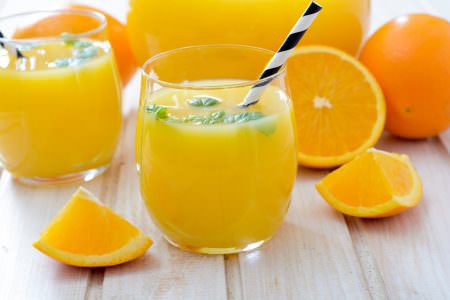 As we know, there is a plethora of juicing trends on the market today. Whether it’s in the context of fasting, dieting, or just healthy eating, juicing is always going to follow a similar blueprint. Simply put, juicing is taking fresh fruits and vegetables and squeezing or blending them for consumption. Most juicing protocols will last between 5-10 days and sometimes more. There are plenty of people singing the praises of a juicing diet. One of the major factors that aren’t included in most discussions regarding juicing is the sugar content of the juice itself.

The process of juicing does provide healthy elements such as providing vitamins, minerals, and antioxidants. Juice extraction also leaves behind fiber as well as a list of vitamins and minerals that are not present in the drink made from raw materials. Fiber helps with absorption, and when it is left out due to the process of juicing, sugar content can run wild. When the sugar is left to run rampant, we see spikes and crashes in blood sugar levels, which can mess with hunger, energy, and mood. Here is a staggering fact: The sugar content in a 12-ounce coke is 39 grams while juicing three beats, two carrots, two celery stalks, one cucumber, and one apple will give you 40 grams of sugar in this juiced drink! A study in the British Medical Journal also identified an increased risk of type 2 diabetes by 8 percent from juicing more than three servings a week. The same study also showed a 2 percent drop in the risk of type 2 diabetes among those who consumed whole fruits. Poor management of blood sugars has proven to lead to an increased risk for the chronic disease over time.

The other problem with juicing is what it cannot provide. A major missing factor when juicing is the lack of protein. Muscle breakdown will occur in any juice fast lasting more than two days due to the lack of protein. Juicing will reduce your caloric intake and between that and no protein intake, the body will begin to cannibalize muscle over fat for energy. At the beginning of a juice fast, you will see the body begin to metabolize fat before muscle, which will jump-start the detoxification process in the body. The problem with this is that without nutrients such as Vitamin B and amino acids, the body will be flooded with toxins, which were formerly stored in fat, but now there is nothing to help remove these toxins from the body. In this event, you release toxins into the body, but they will continue to circulate in your system without the assistance needed to help them be removed.

Juicing may not be the answer to all our fasting needs. After looking at the big picture, it doesn’t seem to produce the results we are promised. There is no substitution for eating fruits and vegetables and I think we are better off just eating them as they are, rather than juicing them.

Peter Greenlaw is a health and wellness expert. Spurred by his own experiences, he has devoted 10 years of his life to the study of environmental toxins and their effects on disease, obesity, and health. He has also conducted more than 1,000 lectures on this subject all over the world.

He has been interviewed more than 50 times on radio and television and has spoken extensively across the U.S. and Canada, in Taiwan and Hong Kong. Peter’s goal is to change the world by educating all of us on the problems posed by environmental toxicity and what you can do about it.