The microbiome: an organ that has been ignored for millennia 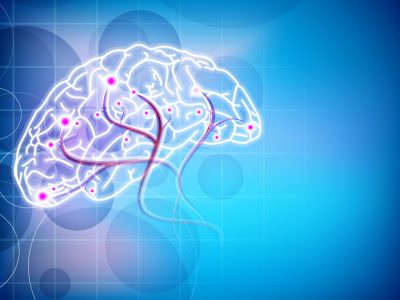 According to the National Institutes of Health, the main source of that is running the Human Microbiome Project in which they are investing over 150 million dollars.

The National Institute of Health has contributed over 150 million dollars to the Human Microbiome Project.  According to NIH:

“The typical healthy person is inhabited by trillions of microbes. To better understand the role of these organisms across our body sites, we must to catalog and analyze what organisms are there and how they interact with our own cells. A new analysis of healthy microbiomes has found that each person’s microbiome is unique. Therefore, two healthy people may have very different microbial communities but still be healthy. Strikingly, the researchers found that although unique, certain communities could be used to predict characteristics. For example, whether you were breastfed as an infant and even your level of education could be predicted based on microbial communities across varying body sites.   Penders et al. (2006)  Research also showed that microbial communities from varying body sites on the same individual were predictive for others. For example, gut communities could be predicted by examining the oral community, even though these communities are vastly different from each other. Taken together, this new analysis will help pave the way for future studies that can begin to use microbial communities as a basis for personalizing therapies and possibly to assess the risk for certain diseases.” (http://commonfund.nih.gov/hmp/programhighlights#biome).

The concept of the microbiome emerged shortly after the characterization of the human genome and, as matter of fact the suffix “ome” derives from the information that we gathered from studying the human genome.

The current definition of the human genome, as we can find it in Wikipedia, is: “The human genome is the complete set of genetic information for humans (Homo sapiens sapiens). This information is encoded as DNA sequences within the 23 chromosome in cell nuclei and in a small DNA molecule found within individual mitochondria”. According to this definition, the genetic information for humans is encoded in about 22.000 genes that are responsible for the synthesis and functions of all our proteins and hence of our cells and, ultimately, of our organs.

The Human Microbiome being developed by the National Institute of Health demonstrated that total microbial cells found in association with humans may exceed the total number of cells making up the human body by a factor of ten-to-one.

The total number of genes associated with the human microbiome could exceed the total number of human genes by more than a factor of 100-to-one. Organisms thought to be found in the human microbiome, however, may generally be categorized as bacteria (the majority), members of domain Archaea, yeasts, and single-celled eukaryotes as well as various helminth parasites and viruses, the latter including viruses that infect the cellular microbiome organisms (e.g., bacteriophages, the viruses of bacteria).

The weight of this organ is about 2 Kg (approximately 4.5 pounds) and it plays a fundamental role in the development of all other organs as well as in their function throughout all phases of human life, from birth to old age.

According to the University of Utah:

“As researchers learn more about the microbes that keep us healthy, we are coming to understand how subtle imbalances in our microbial populations can also cause disease—and how restoring the balance may lead to cures. Our new understanding may lead to more focused and effective treatments. Unlike modern antibiotics, which kill good microbes along with the bad, new drugs may kill only harmful bacteria while leaving the friendly ones alone. Others may nurture friendly bacteria, helping them out-compete the harmful ones.​”