Preventative Interventions are something you should know about. 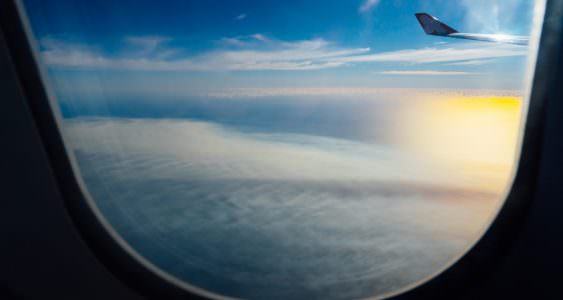 “I can’t stand to fly

Men weren’t meant to ride With clouds between their knees…”

“Superman” by Five for Fighting

As I sit here at 34,000 feet flying across the country, I think about the marvel of man’s ingenuity that has led to many world-changing discoveries. I gaze out the window of this amazing machine. Here I am, flying, not with clouds between my knees, but with them out my window, as we soar. The Wright Brothers certainly believed the impossible was possible, literally flying with clouds between their knees.

We have become so accustomed to life-changing, almost magical inventions that we often take their innovations for granted. We turn a switch and the room is no longer dark. We press a few buttons and we are able to get from point A to point B in our cars. Doctors are able to remove organs by only making a tiny slit in our bodies. We have immunizations for many of the most dreadful diseases, and the pharmaceutical industry has come quite far in finding drugs and vaccines for many of these ailments. The trend has been to find cures using a pill or shot.

We call this procedural intervention as opposed to what we think should be more widely used and that is preventive intervention. We have the best doctors, surgeons, and prescription drugs (procedural interventions) in the world. The United States spends nearly 2 ½ times more on healthcare than any of the other industrialized countries in the world, and yet the U.S. most recently ranked 50th in life expectancy.1

We have come so far in certain areas of medicine, yet still have not scratched the surface when it comes to maximizing our wellness potential. With such a surge of technology and advancement, some- times innovation is right in front of us. Maybe it has been around for several decades, and we just haven’t completely realized its amazing potential.

Is it so hard to believe that there are still many, many things we can learn from the mysteries of nature? Doctors and scientists no longer question the electricity that powers their operating rooms and miraculous medical devices that, when first presented, seemed like magic.

I have asked this question before—is this group of medical doctors and researchers any different from those people a few hundred years ago who stuck to their belief that the world was flat? I certainly hope that the attitudes are now beginning to change.

The HBO documentary Escape Fire warned us that we very well might be witnessing the first signs of the collapse of our current healthcare system due to the fact that it relies principally on the concept of procedural intervention. The overwhelming use of procedural intervention may also be in large part due to the fact that there is almost no compensation for preventative interventional approaches. We pointed this out in our book, The TDOS Syndrome and Solutions. Doctors are compensated disproportionately, for how many procedures they perform instead of on how well they handle preventative advice.

These great doctors and scientists are hopefully becoming more open to and aware of preventative interventional approaches in con- junction with traditional medical approaches. This was very apparent to me when I attended an integrated medical conference called Science and Connection: A New Era of Integrative Health and Medicine.

In just one year, this conference increased its attendance by nearly 200 percent. This five-day conference was both educational and inspirational. Speaker after speaker emphasized that as medical doctors, they must explore and integrate into their practices the published results of preventative approaches with their patients. They feel this is a new era in medicine and that by combining all their medical training and procedural interventions, there is new hope for the future.

This approach of combining preventative interventional approaches with traditional medicine may lengthen the quality of life even for those with the most severe health challenges. With such a surge of technology and advancement, sometimes innovation is right in front of us. Maybe it has been around for several decades. We just haven’t seen or realized its true potential.

Why is it that many continue to ignore what is a growing, grassroots style of medicine (preventative interventional approaches)? In particular, one of the most promising and now highly researched

preventative interventional approaches, called “immunotherapy”, has been practiced for over 100 years. This involves healing the body by supporting and empowering the immune system.

Many holistic, medical, and allopathic practitioners are taking a serious look at this immunotherapeutic approach to prevention and natural healing. The doctors and researchers are greatly encouraged by what they have observed and have thus published in peer-reviewed medical journals. We are hoping that more Western-style practitioners become aware of immunotherapeutic intervention’s positive effects on their patients and, in turn, make it a larger part of their practices.

For more information on our research please click below.