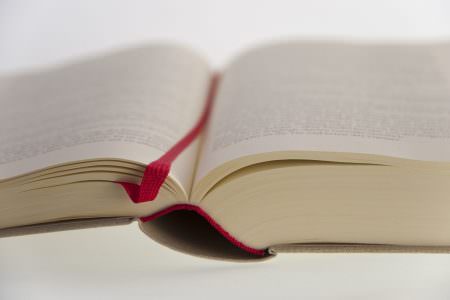 I was born in the small seaside town of Old Orchard Beach, Maine. I was a natural athlete, and I spent my winters skiing in the mountains of New England and my summers surfing in the Atlantic Ocean. My passion for skiing took me to the University of Colorado in Boulder where I had the privilege of becoming part of what might have been one of the greatest collegiate skiing teams ever assembled. My teammates were Spyder Sabich and Olympic medal winners Billy Kidd and Jimmy Heuga.

I graduated from the University of Colorado with a degree in marketing.

After graduation, I moved to New York and started a career on Wall Street. I grew tired of the stress of Wall Street and left my job on wall street. I was fortunate to move to a new career by doing two and half years as a model and actor in NYC. Appearing in two movies and many television commercials.

I began to miss the great Rocky Mountains. I then returned to Colorado.

Note: Little did I know that the world-class acting training I had done in NYC would allow me years later to do what I do now.

I founded my own custom kitchen cabinet company, and it became successful.

In 2003, the success and stability of my life were shaken to the core. A routine physical revealed that I was at high risk for a heart attack. My mother had died of a heart attack and stroke just one year earlier. My grandmother had also died from a heart attack. I needed to lose forty pounds and significantly lower my cholesterol. I was confident that both of those goals were possible. The fact I had been a high-caliber athlete made me feel I could attack these health challenges.

that task, doing aerobics in the morning and five-mile runs in the afternoon. I

was extremely careful about what I ate. Cutting out all red meat, and limiting my diet

primarily to fish or skinless chicken with vegetables.

After two months on this Spartan regimen, I had lost just eight pounds and barely

put a dent in his cholesterol. What frightened me the most was the feeling that I

didn’t have any control over my own health. No matter how hard I worked out,

no matter how intelligently I ate, it didn’t seem to make any difference.

Ironically, it was another athlete who came to my rescue; a former NFL linebacker who was now a home builder and one of my best customers. He told me about this revolutionary new R2M protocol that utilized Intermittent Nutritional Fasting™ (not intermittent fasting) and Protein Pacing® and how the R2M protocol had helped him lose fifty pounds in three months while at the same time lowering his cholesterol and blood pressure.

I had reached a point of desperation. I was ready to try anything.

I decided to do the R2M protocol. The results were breathtaking.

I lost nearly 40 pounds in seven weeks on this R2M protocol. My cholesterol plummeted by nearly 200 points. My doctor was just as astonished as me. He told Peter, “Whatever it is you’re doing, keep

I remember saying to myself if this is real it is going to change the world.

Little did I know how I would end up spending my life teaching people about this R2M protocol.

Imagine in just seven weeks on the R2M protocol, instead of losing 8 pounds after two

I had achieved my health goals as well. I saved my own life. And my life was transformed forever.

After realizing what had just happened to me. I felt compelled to share my experience with others. I began speaking to local gatherings of eight to ten people. Word spread and soon audiences grew to

twenty people, fifty people, and more. I began to receive invitations to speak in Omaha,

Indianapolis, Trenton, Philadelphia, Baltimore, and other cities across the nation.

desperate as I had been. With every speaking engagement, it became more

and more evident to me – that I had found my mission in life.

the country at my own expense, delivering the R2M protocol message to groups as

And I continue to lecture and do Zoom to educate as many people as possible.

For more information on the R2M protocol I did please click on the link below.