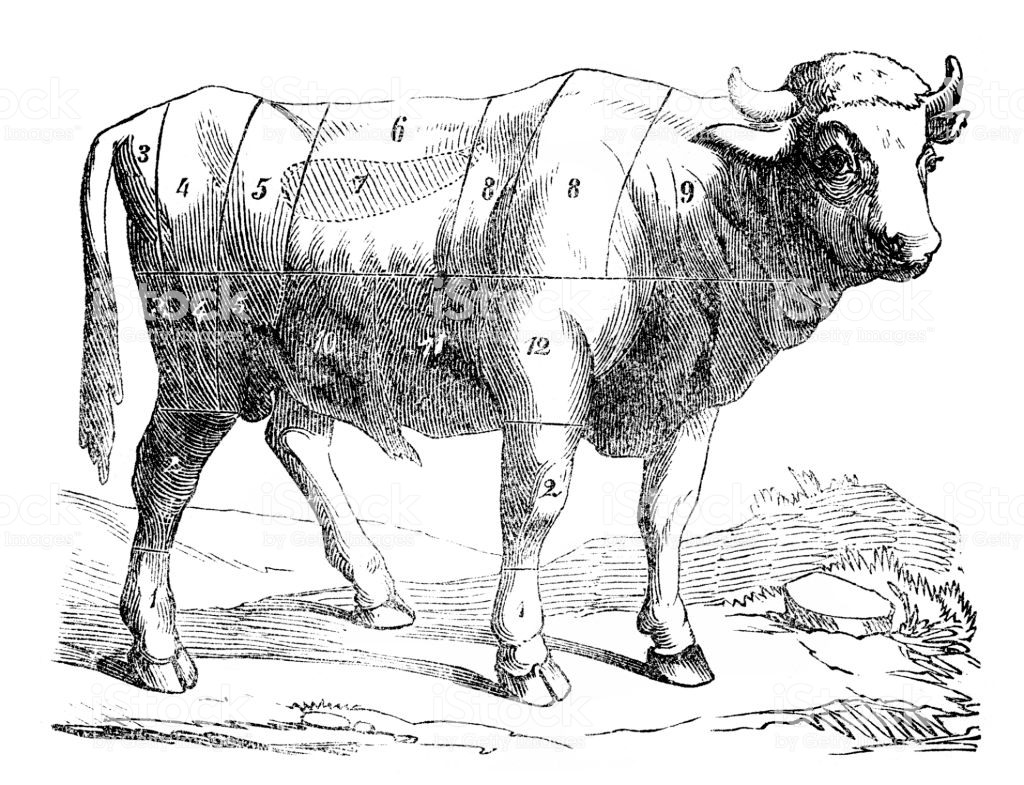 This is the short history on meat; the cornerstone entree of the human diet since day one. You may be asking yourself, what is so exciting about the history of meat? Aside from deciding between chicken or steak for dinner, it doesn’t seem like there’s all that much to discuss. Not until now and the introduction of lab grown meat. With that being said, almost everything has evolved drastically since our ancestors arrived, including the human diet. Naturally, the conversion from hunter-gatherers to farming and raising livestock for the masses opened pandora’s box for how we eat. This change provided more choices, allowing people to eat for various reasons from taste, health and eventually, ethics. The human diet has continued to evolve as access to more substantial varieties of foods have become the norm for most of us. Because of the ease of access to different foods, we see people making even more personal dietary choices. When it comes to the age-old question of what’s for dinner, our ethics and belief systems are playing a more significant role than ever. Veganism and vegetarianism continue to gain traction and are no longer smeared with the stereotype that vegans are forest-dwelling hippie’s, surviving on twigs and berries.

Let’s get back to the beef of this article, back to the story of meat. Apart from innovations in cooking techniques, spices and everyone’s favorite internet video of the man who cascades salt off his forearm onto giant pieces of steak, the history of meat hasn’t been the most interesting. But alas my dear friends, the story is changing and the plot has thickened. The time has come for carnivores and vegans to unite and celebrate as the controversy over whether or not we should eat meat has finally been solved! Or has it?

Some of you may be asking what exactly this controversy is? Have you ever asked someone why they stopped eating meat? Most former carnivores have a few reasons, some more valid than others but two answers remain consistent for retiring meat from their diet. In no particular order, the two main arguments are usually based on their love of animals or saving the planet by reducing pollution caused by the entire process of meat production. Raising livestock can drain natural resources and creates unnecessary pollution. Anti-meat groups argue that raising livestock reduces access to produce that is used to feed animals rather than humans. Additionally, the methane gas produced by cattle and slaughterhouses has a major impact on global pollution. The reasoning behind both statements seems valid but there’s always more to the story.

We are living in a unique time when science plays a more prominent role in our lives than ever. There is no doubt the idea to produce meat in a lab was born from a good place. Some group of scientists asked themselves the question, “Since we grow produce, can we grow meat?” Quickly, this group concluded that yes, meat can be grown in a lab. Scientists have devised a way to grow hamburgers in a Petri dish. The process starts with a syringe full of stem cells taken from a cow. From there the recipe calls for some magic razzle-dazzle to help it grow, sprinkle with flavor, add some extra filler and voila, hamburgers for everybody! Finally, vegans and carnivores can stand side by side, dressing up their bun’s and lab-generated patties with condiments sans the argument of who is right and who is wrong.

Sounds like a win-win, right? Wrong. There is no doubt this idea came from a good place, so where did it go wrong? Sadly, this lab-grown substance is not the clean alternative to meat it is being advertised as. As of now, traditional meat is still healthier, safer and better for the planet than this inbred cousin being passed off as a protein replacement. Truth is that the foundation of lab-grown meat is based on GMO agriculture. Using GMO produced soy as the main filler is poisoning us with its genetic pollution, which has implanted herbicides and pesticides into the core of the soy plant. GMO soy is also polluting the planet just by being grown. The same herbicides and pesticides that we are eating in the soy are also being flushed into our soils, water sources and oceans from these soy plants as they grow. The genetic pollution from soy is far more dangerous than eating naturally raised meat from a ranch.

GMO soy isn’t the only thing poisoning this fake meat, the razzle-dazzle in the recipe includes MSG, toxic chemicals and additional excitotoxins, which are destroying the way the human body functions. All these fillers are used to camouflage this meat, making it familiar to us in look, taste and feel but in the end, it’s not meat. The facts are in and since the introduction of GMO’s, we have seen disease rates explode.

Regrettably, the group that is eating with the most empathy for the future of the planet; vegans, are suffering the worst fate from these falsities. Not only are they being presented with the lie of eating meatless meat but with several additional foods being promoted as vegan. If you look at most vegan cheese, one of the main ingredients is often casein, which is milk protein. Soylent, one of the leading companies promoting lab-grown meat, is an excellent example of all that is corrupt with the food industry. While they promote their products as both healthy and vegan-friendly, they also flaunt their partnerships with GMO friendly companies like Monsanto.

The bottom line is this; lab-grown meat is just another way we are being tricked into eating GMO’s. There is no substitute for meat for both the health of humans and the planet. No plant protein’s, mainly GMO produced plants can touch the benefits of meat protein for consumption. Additionally, the argument that grazing cattle consume produce that could be used for human’s is false as well. The reality is that most places that livestock is raised are places that human crops will not grow. There may come a time in the future when a meat substitute will actually replace our ribeye’s and strips, but that time has yet to be determined. For more information on GMO’s and their effects on our health, click here.