In the Battle to lose weight, the Real Enemy is Toxins, Not Calories 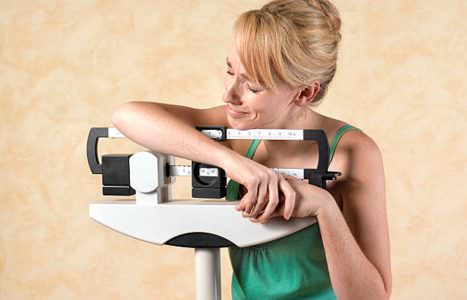 If you’ve ever seen the television programs and then you know how difficult and heart-breaking the process of losing huge amounts of weight can be.

Particularly in the case of contestants, they undergo exhausting and disciplined routines with trainers that involve limiting their calorie intakes, and burning substantial numbers of calories through vigorous exercise, often for three hours or more a day.

While many of the participants in these programs do initially lose considerable amounts of weight after dieting, exercise, or even surgery, sometimes losing hundreds of pounds, the threat always exists for them to regain some, if not most, of that weight.

To determine the extent to which regaining weight actually occurs, a team of researchers writing in the medical journal Obesity, tracked a group of 14 contestants from the competition, diagnostic tests on them six performing years after their weight loss. Their body composition was measured and compared when they started the competition, at the 30-week point ending the competition, and again six years later.

Losing weight during the competition had dramatically slowed their metabolisms, according to the study, meaning their bodies stopped burning enough calories to maintain a thinner size. The result was that six years after losing the pounds, most had regained much of the original weight. Some are even heavier today than when they started the competition. Contestant Danny Cahill, a land surveyor, had gotten down to 191 pounds, and in his words, “I got my life back. I felt like a million bucks.”

But six years after winning the weight-loss competition, Cahill had regained more than 100 pounds, despite continuing to count calories and maintaining an exercise regimen. Researchers in the study attributed his weight regain to a slower metabolism, and to his periodically losing the battle with constant food cravings. Those cravings could be explained by the hormone leptin, an appetite stimulator, whose levels drift up as weight is regained, triggering the urge to eat.

While one key finding of this study has many merits and a universal lesson the challenge of losing weight and keeping it off is about human biology, not a lack of willpower the emphasis placed in the study on a slower metabolism as a primary explanation seems short-sighted. It’s an explanation very much in need of a larger context for interpretation, given what we know the field of endocrinology has found about the role that obesogens play in promoting weight gain.

This is where the research disconnect occurs. Nowhere in the Obesity journal study, nor in The New York Times and other news coverage of that study, were important findings about the role of obesogens even mentioned. Not once!

The study of contestants was conducted by metabolism experts at the National Institute of Diabetes and Kidney Diseases, whereas the studies of obesogens were mostly performed by cell biologists in the Department of Pharmaceutical Sciences, University of California, Irvine.

Are the experts in metabolism talking to the experts in cell biology and sharing their respective findings about the causes and mechanisms of obesity? Apparently not in this case! Yet, the findings of their studies, as outlined here, maybe both compatible and reconcilable.

It’s not a stretch, not even for a layman, to see how a slower metabolism after weight loss as a result of exposure to obesogens can be, either as cell programming experienced in the womb before birth or afterward as a function of daily living contact with endocrine disrupting chemicals in the environment.

Obesogens promote obesity by altering metabolic set points and disrupting appetite controls. These altered metabolisms and inability to control food cravings are exactly what the study found as promoting weight gain in their test subjects.

For more information on a revolutionary new approach to weight loss that is backed by a new peer-reviewed study, we invite you to click on the link below.