Do you think you’re toxic? 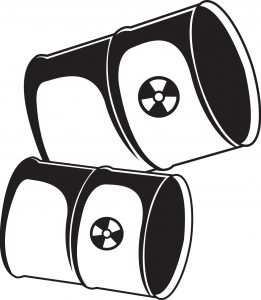 What we now know –

“You and your family are going to continue to gain weight become unhealthy, and believe it or not speed up your aging – unless you embrace the new nutritional technologies that are available in the world”

Top-selling author of – Why Diets are Failing Us! And TDOS Syndrome®

Because of the Toxic condition the world is in, our bodies have evolved and are now forming Obesogens as their only defense against them, and dieting and exercise alone is no longer the solution –

contamination has been conducted among thousands of volunteers, which results indicating that every resident of industrialized countries now carries within his or her body an average of seven hundred synthetics to chemicals absorbed from our food, water, and air.

The actual number of chemicals constituting our body’s burden is probably much higher because some toxins are embedded deep in organs and tissues.

A toxicologist’s ability to detect chemical toxins depends on knowing what to look for, and every time they devise a new test, they tend to find evidence of the presence of more toxic invaders. One hundred Year Lie page 20

“We are trying to solve the wrong problem…

It is not dieting and calories.

It is toxins and nutrition.

… Until we and our families decide to fight the growing toxins in our bodies with the right nutrition then we will remain tired, unhealthy, and not able to manage our weight.”

An unhealthy, and shorter downward lifestyle –

We teach people to maximize their quality of life for as long as they live!

Toxicity Plus Deficiency is what accelerates being overweight, which accelerates Stress to go into unhealthy levels that Accelerates our Aging by shortening our telomeres –

Aging is the decay of our vital life functions –

We do not have the same energy we use to; we feel tired most of the time –

We do not see as well, our eyesight starts to diminish,

We do not think as well, mental clarity and recall diminish,

Is the immune system becoming weaker – do we get sick easier?

Are bones become not as strong,

We lose muscle and gain fat! which accelerates weight gain and obesity

We are not as good at being mothers, fathers, lovers, partners, brothers, sisters, friends, or associates

It robs us of our purpose, passions, dreams, and quality of life!

The American Society of Endroconologists says in their study

Obesogens are chemicals that are entering our bodies making us sick and altering our hormones and are the cause of why we gain weight as our only defense against these toxic chemical invaders.

The human body is literally evolving in response to these toxins by forming these Obesogens that are enrobing the toxins in the fat cell adding fat and weight to the body, and increasingly the fat we are remaking is only there to store toxins.

Keep in mind the human body makes one billion cells every minute and a portion of those new cells are fat cells and increasingly the fat cells become toxic chemical waste dumps.

We live in a world of chemicals.

These toxins cannot be metabolized, get trapped inside the body, and cause serious health damage, and diet and exercise alone do not help.

Recent studies confirm 100% of humans harbor PCB, one of the most dangerous and potent causes of cancer known to man.

Some 93% of Americans have traces of over two hundred other chemicals in their system. Even newborns show traces of pesticides, PCB, and other lethal agents.

Scientists are now understanding the catastrophic correlation between the skyrocketing increase in heart disease (500% since 1900), cancer (400% since 1900), diabetes, ADD, ADHD, Alzheimer’s, and all other modern ills to the environmental hazards and poor nutrition habits of the Western diet.

Toxicity: The degree to which a substance (a toxin or poison) can harm humans or animals.

Acute toxicity involves harmful effects in an organism through a single or short-term exposure.

Sub-chronic toxicity is the ability of a toxic substance to cause effects for more than one year but less than the lifetime of the exposed organism.

Chronic toxicity is the ability of a substance or mixture of substances to cause harmful effects over an extended period, usually upon repeated or continuous exposure, sometimes lasting for the entire life of the exposed organism.

We dump 7000,000 tons of pollution in the air and the ground in this country every year according to National Geographic.

Recent tests of 40,000 Municipal drinking water supplies found the water to contain up to 300 to 400 toxic chemicals including

It is so bad at the municipal water plants they are building, these gigantic screens that are not there to keep mosquitos out they are there to screen out these prescription pills and supplements that are just going through our bodies into the water supply.

There are over 10,000 chemicals used in the production of food and less than 250 have ever been tested for what they do to us.

Almost 60% of the food in a grocery store contains Genetically Modified Organisms and yet by law there is no labeling requirement so, therefore, the GMOs are not listed on the labels.

***176 compounds found in people’s blood and urine, seventy-six cause cancers, ninety-four are toxic to the brain and nervous systems, and seventy-nine cause birth defects.

***“Unborn babies are soaking in a stew of chemicals”

The study found 287 contaminants in their umbilical blood including mercury, fire retardants, pesticides, and Teflon. 180 cause cancer in humans or animals and 217 are toxic to the brain and nervous system.

> Dr. Leo Trasande at the Center for Children’s Health and the Environment speaking on children up to 6 years old.

Just because you are thin does not mean you are healthy

Lean is not immune to diabetes or heart disease!!

*** Eskimo Inuit mother’s milk is so toxic it would be categorized as hazardous waste by the EPA due to PCBs and mercury found in breast milk.

wind currents, no human being or food supply anywhere, no matter how remote, is immune to being contaminated!”

6.) Recent studies have now detected Glyphosate (a pesticide used on crops) in the breast milk of a large portion of the females in N. America

1. Food – Your food has more toxins than you may think. The biggest culprit for toxic exposure is processed foods, which are full of chemicals and additives that can create symptoms ranging from cravings and weight gain to poor digestive health and food allergies.

2. Tap water is teeming with toxins. The Environmental Working Group found over three hundred contaminants in tap water.[2] In addition, over the past few years, studies have shown that pharmaceuticals, like prescription and over-the-counter drugs, are being found in tap water. Some of the most common drugs found in water are antibiotics, anti-depressants, birth control pills, seizure medication, cancer treatments, painkillers, tranquilizers, and cholesterol-lowering compounds. [3]

3. Environment – Whether inside your home or outside your home, the environment is also a major source of toxins. Pollution from manufacturing, cars, and secondhand cigarette smoke can be challenging to avoid. However, you can avoid a lot of the toxins inside and around your home.

4. Beauty and personal care products – The products we use to look our best may actually be the biggest source of aging and other adverse symptoms. Products like deodorants, toothpaste, lotion, youth creams, soap, shampoo, conditioner, perfumes, and makeup are full of toxic chemicals.