Diets were proven in recent peer-reviewed scientific studies to simply not work long-term! 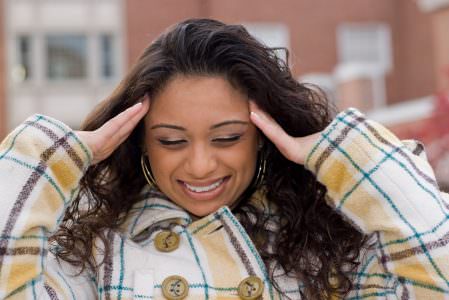 Weight-loss diets it turns out may actually be doing more harm than good for most people in the long run.

Why don’t they work in the long run?

Weight loss diets and exercise programs are more prevalent in the United States than ever before. Everywhere you look there are ads, commercials, and articles about losing weight. According to the Centers for Disease Control and Prevention (CDC), more than two-thirds of Americans over age 20 are overweight, while one-third are obese. It begs the question: Are diets working? If not, then what does? As a species, we are not designed to be overweight, tired, or unhealthy.

Weight Loss the Questions to ask

Why are you dieting?

How are you dieting?

What if you didn’t know?

And what If everything you knew about diet, nutrition, and exercise was wrong?

The scientific peer-reviewed studies proved that what we thought we knew about diet, nutrition and exercise was wrong. In a new peer-reviewed study published in the prestigious New England Journal of Medicine, they analyzed 200 obese people. The participants were divided into two groups. Group 1 was on a standard caloric-reducing diet, and Group 2 used Intermittent fasting time-restricted eating (you do not eat for 16 hours and eat in an eight-hour window).

At the end of 12 months, the average weight loss was an underwhelming 16 lbs. in a year. The best diet plans advertised say you can lose 1 to 2 pounds in a week. Although that may be in the first week or two of dieting this NEJM study proves diets do not work in the long run.

If you have been doing the best you can based on the information you know about health, nutrition, and diets but cannot seem to make progress, consider that you may be missing an important component.

The most important reason that diets and exercise don’t work in the long run is because of the discovery of TDOS Syndrome®.

There is now overwhelming evidence from the National Human Adipose Tissue Survey (EPA, 1990) that demonstrates that toxins are being stored in our fat tissue at a rapid rate.

Weight loss diets do not deal with Obesogens

Many of these toxins (chemicals) are included under the umbrella term chronic “obesogens.” These obesogens disrupt normal metabolism and contribute to obesity (Grun & Blumberg, 2006).

The American Society of Endocrinologists suggests that obesogens (Grun & Blumberg, 2006) are a major contributing factor in the dramatic increase of failing health and the epidemic of obesity. The term “obesogen” was first used by Felix Grun and Bruce Blumberg of the University of California, Irvine to explain how toxins change the way our metabolisms work and contribute to the overweight epidemic, and poor health, and limit our ability to maximize our wellness potential.

Scientific Studies reveal that Conventional diets simply do not remove obesogens (toxins) from the body. That is a major reason weight loss diets and nutritional programs are failing us.

Diets simply fail in this polluted world. Healthy eating and exercising are no longer enough to avoid the obesogens (toxins) that are entering our bodies with the foods we eat, the air we breathe, and the water we drink.

I want to share a centuries-old revolutionary approach that changed my life, and the lives of many others. This approach gave me real hope to win the battle against being overweight and also proved to me that it was possible to maximize my quality-of-life potential at the same time.

There Is a protocol to remove toxins.

The R2M protocol utilizing Intermittent Nutritional Fasting and Protein Pacing have been proven in a newly published peer-reviewed published study In the well-respected Nutrition Journal scientific study proved that It reduced the obesogens (toxins) stored in our fat cells which leads to safe rapid weight loss that Is sustainable in the long-run.

In the Peer Reviewed Nutrition Journal Study, the average weight loss was 16 lbs. In a month. That means It was twelve times more effective than the NEJM study on diets and Intermittent fasting.

In addition, the Nutrition Journal participants showed significant reductions in blood sugar, blood pressure, and Cholesterol. They also showed significant reductions in visceral fat and Inflammation and removal of toxins.  It Is Important to note that there were people who lost 30 lbs. or more in a month. It also was Incredible to see that all participants gained 4% lean muscle mass. On all the diets that have been analyzed people lost lean muscle mass.