Did you know you are eating a credit card per week in plastic? 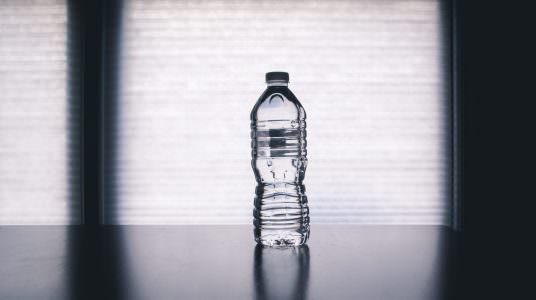 Tiny bits of plastic about the size of a sesame seed or smaller are everywhere. News headlines often show intact plastic bags, rings, and bottles as the primary threats to the environment — and these are indeed harmful to marine life and more — but the smaller, more insidious plastic bits may be even more harmful.

These microplastics, as they are known, are smaller than five millimeters (mm), and found in a number of commonly consumed foods and beverages.

In a study at University of Newcastle, Australia, researchers for WWF International, they quantified what this means for humans, revealing a shocking finding that the average person could be eating about 5 grams of plastic per week — about the amount found in one credit card.1 Reuters then extrapolated on the findings, revealing what 5 grams of plastic per week adds up to over a lifetime.2

Drinking Water Is the Largest Source of Plastic Ingestion

The University of Newcastle study analyzed the “existing but limited” literature available on the average amount of plastic ingested by humans. The calculations were based on thirty-three studies on the consumption of plastic via foods and beverages, such as drinking water, beer, shellfish, and salt.3 Per week, the researchers estimated that the average person consumes:four

It is thought the plastic pollution in bottled water originates from the manufacturing process of the bottles and caps. When researchers at the State University of New York tested 259 bottles of eleven popular bottled water brands — including Aquafina, Nestle Pure Life, Evian, Dasani, and San Pellegrino — they found, on average, 325 pieces of microplastic per liter.7,8

Shellfish represent another notable source of plastic exposure, contributing up to 0.5 grams a week. Part of the reason for their large contribution is because they are eaten whole, digestive system and all, after living in oceans polluted by plastic.9

Inhalation of plastic particles from the air was found to contribute only a negligible amount of humans’ lifetime plastic burden, although the researchers noted that this could vary largely depending on local conditions and lifestyle.

They did note, however, that indoor air contains more plastic pollution than outdoor air, due to more limited air circulation and the fact that household dust and synthetic textiles are significant sources of microplastics in indoor air.

For more information on removing toxins from the body go to link below.