Are Toxins destroying your health? 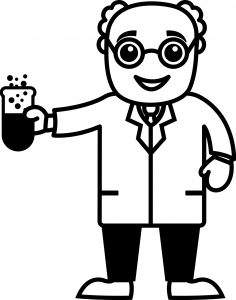 In her book Toxic Overload, Paula Baillie-Hamilton states, “The creation

and widespread contamination by man-made, synthetic chemicals in

being assaulted with a dangerous cocktail of known health-damaging

toxins. But how toxic are we?”

The Four Main Avenues of Toxins into Our Body

So where do these toxins come from? When you take all the information

we breathe. Thanks to the waste that we produce and the chemical

byproducts of our modern lifestyle, this planet continues to become

more and more hostile to all life forms—especially us.

days a year. Coal-fired power plants not only supply our power grid

with electricity, but they are also the biggest source of harmful air

pollution compared to all other sources of industrial pollution. In fact,

the American Lung Association estimates that more than 386,000

vacationing in the Arctic Circle.

The air supply on this planet is under attack by pollution created by our gigantic manufacturing facilities and the cars we drive. Even secondhand cigarette smoke can be a

challenge to avoid, whether you smoke or not. Not all have to be doom

and gloom. There are ways to avoid or keep airborne toxins to more

manageable levels, but more on that later. A recent story appearing

from Beijing showed thousands of people early in the morning watching

these huge TV screens. The people were wearing masks and what

was so bad it had blocked out the sun.25 Is this air pollution coming

to a city near you? Maybe not, but the pollution from China is being

carried by airborne currents and has crossed North America within a

The second major source of toxic infiltration is our water supply.

Whether you’re drinking water or bathing in it, we are drowning ourselves

in this toxic soup.

Tap water is teeming with toxins! The Environmental Working Group

(www.ewg.org) did a study and discovered, on any given day, there

are more than 140 contaminants in common, in household tap water. In

addition, over the past few years, studies have shown that a number

of pharmaceuticals, both over-the-counter and prescription drugs are

showing up in our water tables. Some of the most common drugs

drink tap water. If possible, avoid most sources of tap water: at home,

in the office, in city parks and theme parks, restaurants, etcetera. The

should be avoided at all costs. Tests have been developed to detect

population. This was based on a study conducted by the Environmental

Working Group (EWG) and their analysis of almost 20 million records

We know it sounds daunting, but the good news is that we can fight

back. After all, one of the few things we still have control over in our

lives is what we choose to put in our bodies. If you must use tap

water, get a water purifier with a simple filter. Fortunately, accessing

You need to decide what makes the most sense in your life. We can’t

every meal, every day. You will have to find a way that fits your lifestyle

in order to keep your family safe. It is merely our job to show you

the problems and offer some solutions. How you choose to use this

information is ultimately your decision.

So the air is polluted and the water is poisoned, but how does our food

supply hold up in this equation? Sadly, food is the biggest culprit in the

toxic arena. Our food supply has more toxins than you may realize.

Even organic foods can’t escape high levels of pesticides, chemicals, and other pollutants. One of the biggest offenders of toxic exposure is

processed foods. These foods are full of chemicals and additives

that can create symptoms ranging from increased hunger cravings and

According to the book, The Hundred Year Lie: How to Protect Yourself

from the Chemicals That Are Killing You by Randall Fitzgerald, there

day. Most have never been tested for what they might do to us. The

numbers of chemicals to improve everything from the look, taste and

consistency of our foods. It’s done to create a tastier, more appealing

“Product,” but it’s also done to increase sales with zero regards to the

most to the food industry. If we come back for a second or third helping—

enticed by the way these “foods” have been chemically altered,

tweaked, and engineered—then these food chemists have essentially

won. The bottom line, they increase profit margins with no regard to the

havoc that “special ingredients” may have on our health—as individuals,

as a nation, and as a species.

Sadly, the beauty and personal care products we choose to put “on”

us can be as toxic as the foods we put “in” us. Everyday products

and health challenges. That’s because of most deodorants, toothpaste,

than 10,000 chemicals included in their ingredient lists that have not

been tested by the Food and Drug Administration (FDA). I repeat, these

have not been tested for the harm they might cause us. The FDA

treats these manufacturers as if they are on the honor system. If the

companies say the products are safe, the FDA gives their approval. It

all comes back full circle to profit. Imagine the cost of testing all these

If you really want to know how toxic your cosmetics are, go to this

great website www.ewg.org and search for beauty secrets. This site will

are putting on your skin really are.

First Studies on Humans and Toxins

Amazingly, we may never know. That’s because the first studies on

toxins and the human body were conducted less than ten years ago.

for detecting toxins in the body.

toxic chemicals in his or her blood and urine. Since then, alarming

new evidence has magnified this problem tenfold, revealing that the

problem may be far worse than projected.

Unborn children are not even safe from all the toxins in our environment,

despite what scientists once thought. It was a common belief that

the placenta kept babies safe from most environmental pollutants

and chemicals, but the Environmental Working Group conducted an

investigation and discovered that this isn’t the case.

born in hospitals in the U.S. in August and September 2004. They

gasoline, and even garbage in the cord blood. The study revealed

chemicals used in packaging for fast food, clothing, and textiles a human carcinogen, according to the EPA’s Science Advisory Board dozens of flame retardants and their byproducts; and a broad range of pesticides.

Of the 287 chemicals researchers identified in umbilical cord blood,

180 are known to cause cancer, 217 cause brain, and nervous system

In other words, in addition to all the vital nutrients a developing baby

needs, the umbilical cord is also carrying a flood of toxins across the

Unfortunately, we have only ourselves to blame. Mankind has created

this toxic world we live in. What’s more, we are partially to blame for

failing health and declining air quality; the fact is, a lot of this has been

done without our permission or consent.

is “mounting evidence of structural and genetic damage, potentially

caused to the human morphology, through the huge influx of chemical agents found in the air, soil and water today.” What kind of damage?

Well, for example, high cholesterol and triglyceride levels are, in and

of themselves, non-lethal. However, over time, they can be a causative

factor in a lethal heart attack. It is time to apply the same thought

process to toxins and toxicants.

Toxins Could Become the Number

One Killer in the 21st Century

twenty-first century. And I’m not alone. According to Dr. Rick Irvin, a

and viruses as the main threat to human health.

the twentieth century and into the twenty-first century are diseases

Toxic chemicals are far and away the biggest threat to human health.

A recent article in USA Today stated that although we are living longer,

we are living sicker.27

A report by the Columbia University School of Public Health estimated

that 95% of cancer is caused by diet and environmental toxicity. The fact that toxins can be dangerous to our health has been known for

quite some time. However, our understanding of how even low-level

“It Couldn’t Happen to Me!”

You may be thinking: “I live in a safe, clean environment, don’t I? None

of this could ever happen to me, could it?” But it no longer matters

where you live. You may be exposed to harmful substances every day

because many of these chemicals are used in farming, food production

and consumer goods manufacturing. You may not work in a mine or

live next to a nuclear plant but the food that gets shipped, handled or

diphenyl ethers (PBDEs), which are used widely as flame-retardant

additives in polyurethane foam for carpet padding, mattresses, chairs, sofas, and other furniture, have been found in the food supply, including

fish and many animal fats. These fire retardants have also

been detected in humans and in human breast milk around the globe.

Contamination by flame-retardants is of concern because they are

endocrine-disrupting compounds with the potential to profoundly

with our endocrine systems, which regulate the hormones that

control our weight, biorhythms, and reproduction. Lab studies have

changes in the developing fetus that have profound health effects in

adulthood and even in subsequent generations.

The chemicals ingested daily by a pregnant woman may affect her

the unborn child since fetuses and newborns lack functional enzymes in

the liver and other organs that break down such chemicals. In the past

several decades, animal studies have shown that these chemicals can

With this toxic “gift that keeps on giving,” we owe it to ourselves to be

informed about what these toxins are doing to us. We owe it to new

mothers everywhere, who want to give their babies the best possible

chance of growing into healthy adults; we owe it to our children, the

next generation. The majority of Americans now have between 300-

500 unique toxins stored within fat cells in the body. It is estimated

that there are roughly 80,000 chemicals in commercial use and only

700 have been tested for what they do to the human body. That’s

The great news is there is a new scientific protocol called R2M that supports the body’s own natural detox mechanism that has been proven in 5 peer-reviewed clinical studies.