Are nutritional scientists addicting you to food by the creation of “The Bliss Point?” 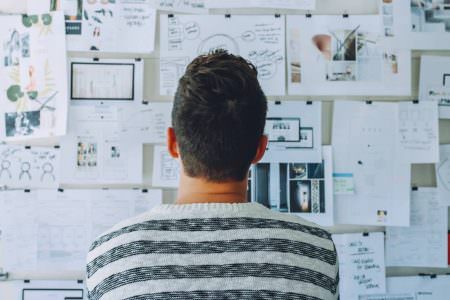 This article may shock you and make you aware of why diets are failing you and more importantly it is not your fault.

As you read this, there is a team of nutritional scientists (food engineers some call them) constructing a new recipe for some product even more mouthwatering and irresistible than anything you have ever tasted. If you ask me, the fact that scientists are wasting their talent developing recipes is crazy. The truth of the matter is actually far from insane and when looking at the money behind these food manufacturers, it is brilliant. In a world where technology and profit reign supreme, the food industry remains on the cutting edge of developing foods that their consumers will unknowingly come back to for seconds or thirds. Food manufacturers are using sugar, salt, and fat in perfect scientific combinations to yield addicting qualities in their products. Science has proven that formulating a product with a precise ratio of salt, sugar, and fat can trick the brain into a craving that product over a healthy food with proper nutrition. This perfect balance of fat, sugar, and salt is known as “The Bliss Point.” There is a great book by Michael Moss called “Salt Sugar and Fat” which does a brilliant job of exposing the food manufacturers in their plot to addict all of us to food by creating this bliss point.

Howard Moskowitz was the first to discover the bliss point and the impact it could have on formulating new products. This scientific approach cut out massive amounts of time and money when developing new products. Manufacturers would have spent considerable amounts of money and time on consumer taste tests. Then they would take the results and tweak and swap ingredients to improve flavor and increase the chances of creating a popular product.

Now, food manufacturers have a precise ratio of ingredients that can be used to trick the brain and taste buds into consuming more of their products. The science is based on the way taste buds interpret foods based on survival. This taste for survival dates back to hunter-gatherer days; when a nutrient-dense food source was found, the brain insured it would be consumed by releasing pleasure-inducing endorphins (as well as dopamine) when the ratio of salt, sugar, and fat was correct. The brain logged these foods that produced positive feelings and would induce cravings making sure that food was consumed in the future. The true role of Bliss Point is a means for survival based on taste. The problem is we no longer live in a hunter-gatherer society and food is readily available for most of us. The Bliss Point is now leveraged as subconscious marketing for the food industry.

There is no lack of sugar, salt, or fat in most of our diets these days. Because of this, our taste buds, and the way our brain interprets salt, sugar, and fat have changed. Sensitivity to the Bliss Point has dulled and there is nothing put in place to stop us from overeating. Now, the brain’s reward system reacts positively to overindulging in foods with zero nutritional content but are loaded with sugar, salt, and fat. This can be extremely dangerous for some of us, and food manufacturers know this. In a study done by Harvard University, they found sugar to be 6 to 8 times more addictive than cocaine. No wonder we eat and eat and yet never seem to be totally satisfied even when we think we are full.

The end goal for food scientist engineers is to develop a product that no one can eat just one, literally.

Unfortunately based on 75% of America are overweight and 42% being obese they are doing a great job.

The great news is that there are new protocols that can help to reduce cravings and circumvent the negative hold of the Bliss Point scientifically backed protocols.

These protocols in many instances have people losing as much weight in 4 days safely as in 6 to 8 weeks of diet and exercise. This is backed by a newly published Peer Reviewed Study in the Nutrition Journal. It compared a one-year study published in the New England Journal of Medicine where participants were split up into two groups. The first group followed a typical calorie reduction diet, and the second group followed the intermittent fasting time-restricted eating diet (people did not eat for 16 hours and ate in an eight-hour window). At the end of twelve months, there was no difference in weight loss by either group. The two groups lost a pitiful 16 lbs. in a year. The group in the Peer Reviewed Nutrition Journal Study showed a safe weight loss of 16 lbs. in one month. This was twelve times the results of typical diets in the New England Journal of Medicine Study. Also, the Nutrition Journal participants actually increased their lean muscle mass and saw significant reductions in blood sugar, blood pressure, and reductions in inflammation. The study support what other researchers have said that diets do not work in the long run. You be the judge.

If you would like to know about the protocol used in the Nutrition Journal Study, please click on the link below.